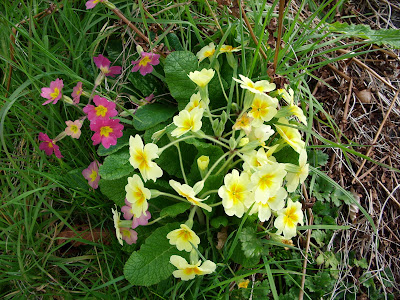 Our new government is starting to take shape and it's nice to see a breath of fresh air breezing through politics. Governments of any hue start to go stale after about 6 or 7 years and the last crew were looking very shabby and decadent. Nothing like the hopelessness of the Thatcher era of course - those governments were degenerate rather than decadent and were stale from day one!

So it's shaping up that the tory part of the coalition will be handling the economy and the liberal part will be dealing with dismantling the disgusting authoritarian state Labour left us with.

In my view Labour lost because it was reverting to the mean - idiotic unions were causing trouble for no reason, the authoritarian streak (ID cards, 'terrorism' etc) was winning the battle, money was being borrowed and 'created' in a desperate attempt to keep their natural constituency - consumerist chavs - in tat. It had to fall.

With a coalition the hope is that the two elements will continually challenge and refresh each other, stopping this reversion to the mean - very mean in the tories' case!

All it now needs is a HUGE dose of reality, Green reality, to inform these two pillars of new politics. Get kids out of the classrooms and into the fields and farms for at least half the time, start closing roads and building railways, switch from hydrocarbons to renewables, stop net immigration, encourage small businesses and co-operatives, bring the soldiers back home and localise politics whilst winding down globalisation.

Posted by Steve Sainsbury at 11:49 am

I like the term 'consumerist chav' as they don't know how to spend their spare time except hanging around shops and buying cheap tat which they don't care if it wears out quickly.

However I find emos not much different except they dress in black and hang around different shops but also green spaces in town.