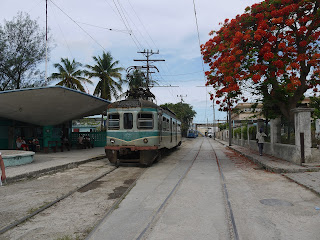 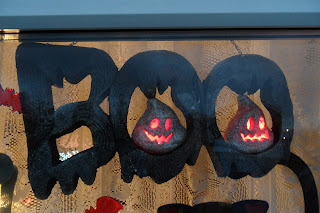 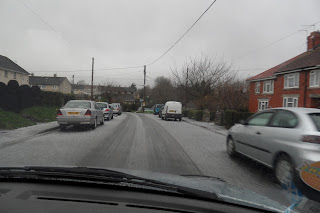 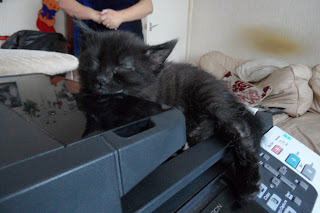 A strange year.  We only took three holidays, which perhaps reflects the economic situation. Cuba in May was horrible, despite there being a few redeeming features! I wanted to visit a communist country before they all vanished from the earth. It was horrible seeing people in such poverty with no way out, until the system's overthrown. It's beginning to collapse, and no doubt in 10 years time will be a thriving capitalist nation, providing the whole world hasn't slipped into permanent depression by then! We are seeing the end of growth and the start of a  new Rail Age, so all is not lost!
In September we visisted Switzerland, ostensibly for a Vagabond Reunion, but we knew few of the people there and they weren't from my generation. After the opening meal we had nothing more to do with it - it seemed terribly disorganised. So the rest of the holiday was BRILLIANT, with trips to Montreux and Gstaad being the highlights. The weather was superb.
In December we visited New York City for five nights, staying in Greenwich Village. Fantastic! We had a great time and saw a different side of the city with visits to the High Line, Roosevelt Island and the Meatpacking District for example. We also had a great day out with a friend from Bristol who's lived out there for years, with a trip to Bear Mountain, a classic US mall and Ramsey, a typical suburban American town (with TWO railway stations!)
Posted by Steve Sainsbury at 12:05 pm No comments:

I've aimed a lot of vitriol at the faltering Occupy middle-class movement, and it's not difficult to explain why. They are trying to present themselves as radical, even sustainable, but in reality they are desperately trying to hang on to the past of plenty, where people like them breezed through life, enjoying free education (often in a useless subject), getting their own home in their twenties and having a job for life, followed by a pension through their dotage. They are so tied up in their middle class world that they've missed the fact that the world is totally changing and leaving them miles behind.

I can write, but sometimes others can write better than I can (and it's so much easier to cut and paste). This is the brilliant Bill Bonner on normality. If you're a member of Occupy you'll probably be far happier not reading this. But for the 99% of you out there that don't have closed minds, here goes ...

What if the ‘lost decade’ we have just gone through is actually the mean... the usual... the normal thing? And what if – after nearly three centuries – we have just now reverted to it?

Until about two weeks ago, we thought human beings had only existed for 100,000 years. Now, archaeologists are guessing that we’ve been around as a species for twice as long.

You know what that means? It means that our mean rate of growth – already negligible – is actually only about half what we thought it was. In other words, it took not 99,700 years for humans to invent the steam engine, but 199,700. And now, what if we are not going on to something new, but back to something old? What if the new age is really more like the old age... where growth and progress were unknown.

They lived on what they could grow... with their own hands, or with the help of domesticated draft animals. They hunted wild animals... or got their calories from their own herds and flocks.

The person from 100,000 BC was a hunter-gatherer. But his life was not all bad. At least he got plenty of fresh air and didn’t get caught in traffic jams or have to watch television.

But the progress between 200,000 BC, when mankind is now thought to have emerged... to 1765, when Watt produced his first engine... was extremely slow. In any given year, it was nearly negligible... imperceptible. Over thousands of years there was little progress of any sort, which was reflected in static human populations with static levels of well-being.

Then, after 1765, progress took off like a rocket. Over the next 200 years, the lives of people in the developed countries, and the human population, generally, changed completely.

It took 199,700 years for the human population to go from zero to 125 million. But over the next 250 years it added about six billion people. Every five years, approximately, it added the equivalent of the entire world’s population in 1750. ‘Progress’ made it possible. People had much more to eat. Better sanitation. Better transportation (which eliminated famines, by making it possible to ship large quantities of food into areas where crops had failed). The last major famine in Western Europe occurred in the 18th century when crops failed. After that, the famines in the developed world at least have been intentional – caused largely by government policies.

Progress abolished hunger. It permitted huge increases in population. And it brought rising real wages and rising standards of living.

By the late 20th century, people took progress and GDP growth for granted. Governments went into debt, depending on future growth to pull them out. So did corporations and households. Everyone counted on growth. Spending and tax policies were based on encouraging growth. The enormous growth in government itself was made possible by economic growth. After all, as we’ve seen in our Theory of Government, beyond the essentials, government is either parasitic or superfluous. The richer the host economy, the more government you get.

Today, there is hardly a stock, bond, municipal plan, government budget, student loan, retirement programme, housing development, business plan, political campaign, health care programme or insurance company that doesn’t rely on growth. Everybody expects growth to resume... after we have put this crisis behind us.

Growth is normal, they believe.

But what if it isn’t normal? What if it was a once-in-a-centi-millenium event, made possible by cheap energy?
Posted by Steve Sainsbury at 5:06 pm No comments: