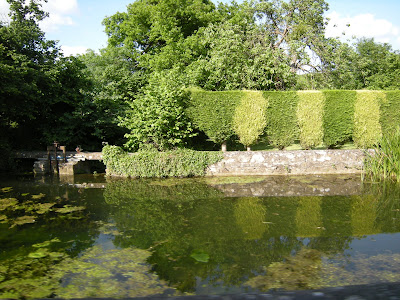 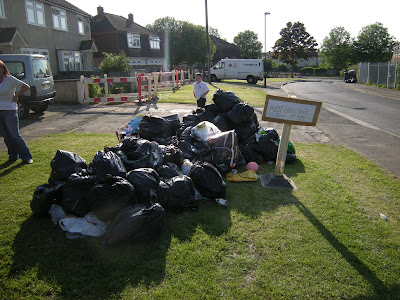 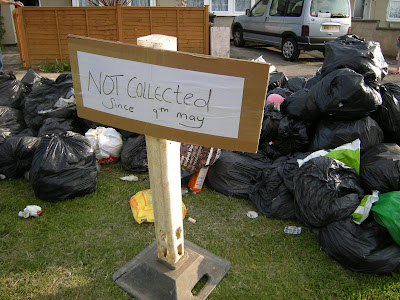 That was a bloody long shopping trip!

This is a bit of a catch up. Yes, I voted for Ricky in the end, but he still didn't get in. Instead we're stuck with 6 irrelevancies in the south west, but at least there's no Labour member!

We've had a ridiculous strike here over the last few weeks with binmen striking for a pay RISE. In the end they actually got it, though why nobody knows. We made the local papers with our own strike back at the hippies, creating a huge pile of rubbish outside our houses, then contacting the papers. It was cleared the next day - local initiative or what?

Now the tube drivers in London are striking for an obscene 5% RISE. These fuckers START on £40,000 a year!! Who earns that sort of money?? So the roads are blocked, we're wasting yet more fuel (petrol/diesel rather than electric) and yet more inefficiency gets built into this dying system.

Over everything hangs that 'one-eyed Welsh idiot', Nick Griffin. For all his party's daft 1960s racial drivel, they have been elected on a fair vote. So what makes the far-left unwashed scum think they have the right to chase him off? Their disgraceful display yesterday was probably the biggest recruiting tool the BNP now have in their armoury. And who were the fuckers behind it? Those crypto-fascist scum, UNITE. The very same union that earlier this year staged racist wildcat strikes at various sites in the UK with their Love Thy Neighbour cry of 'British Jobs for British Workers' (now cleverly purloined by the BNP) - and, amazingly, were also behind the idiot binmen strike in Bristol.

Thanks Nick for flushing out the true enemies of democracy. Once the BNP drops its ridiculous rule that black Brits can't join - and it will - they will become a GENUINE alternative to the establishment backwards-looking parties who now infest us.

Posted by Steve Sainsbury at 10:21 am No comments: