a peak into the future 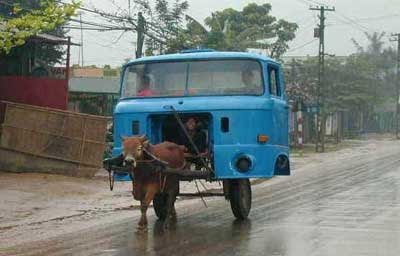 It's coming, and a lot sooner than most of us expected. But it's coming in a civilized, controlled way at the moment.

That's part of the problem - the insidiousness of both Peak Oil and climate change - at least in the UK.

Climate Change - how's it actually going to work here? A few heatwaves, a few storms, the odd tornado? Probably. Even if the Gulf Stream fails it will take a few years to take full effect. We can adapt. There will be a few major incursions of the sea during storms, particularly on the east and south coasts. A few people will die, not that many. Not nearly enough to worry the survivors. Things will probably go on pretty much as before. Except, except ...

Other parts of the world are going to suffer vastly more. There will be huge problems in the Bay of Bengal, China, the foothills of the Himalayas, southern USA and Australia in particular. This suggests huge population shifts, much to Europe. This could create social problems far beyond immediate climate change difficulties.

Also famine will loom over much of Southern Europe, suggesting population movements northwards. This could destabilise the whole of Europe.

But Peak Oil is far, far worse. We are nowhere near ready for this huge change. The end of cheap energy is almost over and all governments seem to be ignoring it - at least in public. This is folly of the highest order. 'Peak Oil' as a term and a concept have still hardly entered everyday conciousness. This is dangerous. We have ten or twenty years at most of fairly cheap energy - and that's if everything stays calm, which is unlikely. We'll all need to change our lives dramatically as petrol becomes out of the reach of 95% of us.

But the really scary thing is that both of these huge changes will hit together. That's the real danger. And only a few of us are actually prepared for it.

Gold, wood, seeds, guns, friends. That's the stuff we all need to work on ...
Posted by Steve Sainsbury at 9:09 pm No comments: 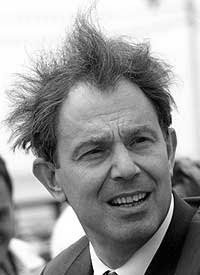 So our mad 'leader' reckons that climate change will not lead to any inconvenienc to his darling luvvy middle class chums if he has any say in it.
'Tony Blair has dismissed the introduction of an aviation tax as a means of cutting carbon emissions, but environmentalist groups have criticised the PM.
In spite of calls for a tax to be considered from the opposition benches, Mr Blair threw his weight behind the cheap flights industry, saying that it would need a "fairly hefty whack” to cut the number of flights from the UK.
The prime minister told the Commons liaison committee that this was simply "unrealistic" and something that was unlikely to attract international consensus.'
Hmmmm. Remind me which of you voted for this poltroon.
Back in the real world of course what Tony and his chums think means NOTHING. There is no plan in place to develop oil-less planes - in fact it's almost certainly technologically impossible -so not just cheap flights but all flights will eventually end - and probably in 20 rather than 50 years.
Blair claimed that no politician would entertain a cut-back on cheap flights, but as a writer so succinctly pointed out in the Independent today, a statesman would!
Posted by Steve Sainsbury at 9:02 pm No comments: 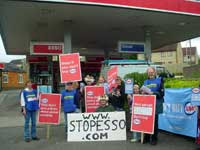 Frome has just lost yet another garage. The owners are whingeing that it's because of supermarkets, but the real reason is staring them in the face. The four letter word that they should have covered up if they'd wanted to keep customers - E-S-S-O.

What sort of businesspeople would lumber themselves with the modern form of leprosy and trade under the banner of a company that 90% of British people would NEVER patronise?

Obviously garage closures are an inevitable portent of the end of oil, but it's Esso garages that are the most vulnerable. Esso did not only spend decades perpetuating the hippy myth that climate change was not happening, but even actively supported hippy organisations that DENIED global warming. This was business suicide, and that's what we're seeing. Rather that employing communist christians perhaps they should have employed forward-thinking economists and businesspeople.

Expect Esso nostalgia on eBay any time soon.
Posted by Steve Sainsbury at 10:36 pm No comments: 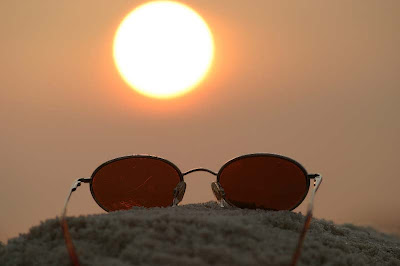 2007 is forecast to be the hottest year worldwide ever, with the UK sharing the heat.

There seems now to be a growing consensus that Climate Change is happening far more rapidly than even the bleakest forecasts. This shouldn't be a surprise. Positive feedback mechanisms are bound to kick in as the climate breaks down, we enter a vicious circle and in the end nothing will be able to stop it. Green Parties, well-meaning hippy conservatives, even survivalists will be powerless, if a little better prepared. Joint action will become impossible due to the sheer size of the problem, only individual action will save individuals. All faith in state institutions will vanish, the priorities will be location, defence and food. It's not all bad news, the long-awaited massive fall in human population will be an inevitable consequence, the old worries of good school, mortgage, debt and status will vanish, life will become harder but more worthwhile.

So meet the future with a hard head and a smile in your heart. It's going to be the best of times and the worst of times.
Posted by Steve Sainsbury at 2:43 pm No comments:

a europe of contrasts 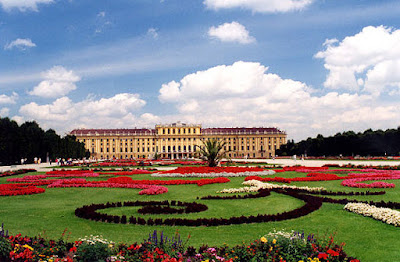 One of the showpieces of the Austro-Hungarian Empire, which collapsed in 1918. 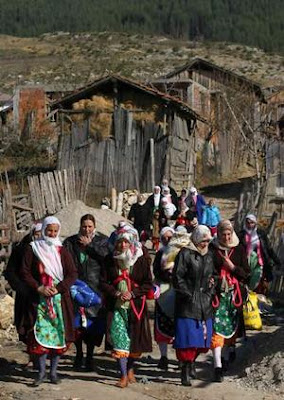 Today Romania and Bulgaria joined the EU, bringing it up to 27 members.
Twenty years ago Europe was divided into two blocs - though both were basically socialist. Today both halves are fundamentally anti-socialist, and the better for it. The bleak days of glum leftists like Caecescu and Thatcher are now ancient history, and Europe is as united as it was prior to August 1914.
Today the Vienna Philarmonic Orchestra performed a superb concert at the Musikverien in Vienna. This return to the Belle Epoch is always a stirring event, bringing forward a confusing series of images of Europe resplendent, the Nazis and pre-Climate Change ease.
The EU is, in principle, a reasonable idea, scrapping internal borders of a continent whose nations have far more in common than they sometimes imagine. But the EU was an idea of its time, and that time was the 1950s and 60s. In reality today power should become more diverse, less centralised, less bureaucratic and devolved down to city, town and village level. Perhaps then a truly European Europe will emerge, allowing us to cope with the challenges of Peak Oil and Climate Crisis rather than miring ourselves in bureaucracy and wishful thinking.
Posted by Steve Sainsbury at 8:17 pm No comments:

one more nail in the coffin for the uncool 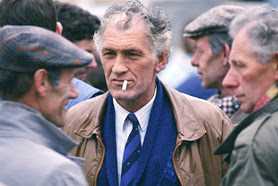 Oh dear, what a shame. This terminally uncool government does something sensible at last - raises the age of smoking from an amazing 16 to 18, though not until October 1. Coupled with the ban on smoking in workplaces from July 1 this should finish off this idiot uncool habit at last - though it would perhaps be best if cigarette sales were banned entirely.

Basically smoking is the most uncool thing of all - worse than kipper ties, the macarena or christianity. Perhaps public humiliation of the old folk that still do it would be a good way forward, chucking buckets of ice cold water over them when you catch them lurking in their phlegm-filled council flats coughing unhygienically. I'd be up for it.

So what drives 9% of kids to smoke? Irony, idiocy, lack of self-respect or is it just the uncool lefty geeky ones who also play the harmonica, knit their own tank tops and think David Essex has something relevant to say?
Posted by Steve Sainsbury at 2:05 pm No comments: