nobody does it better

We're constantly told that political parties are not taking the coming energy crunch seriously, but this is a quote from a leaflet pushed through our door last night.

Could any of us have said it better or clearer? Notice no mention of the current cover-up story of Climate Change.

You'll possibly be surprised that this is from a BNP leaflet. The rest of the leaflet was pure old Labour, but this caught my eye. It's interesting that the BNP are now active somewhere as remote (and white!) as Hartcliffe. This suggests their organisation is growing fast. This is probably the one part of the leaflet that will not particularly appeal to voters here. All the guff about British jobs for British workers, pulling out of the EU and nationalising everything probably will.

I suspect that as things get harder people in all countries will start adopting a more BNP approach to foreigners, that there will be attempts to pull up the drawbridge. I'd been arguing for this for years in the Green Party but they are even more old Labour than the BNP so it fell on deaf ears. Nothing to do with racism of course, but everything to do with protecting the people (of ALL colours) who were already here.

There'll never be a BNP government of course, but more and more politicians will begin to see the drawbridge approach in a shrinking economy as a sensible move. The biggest danger is if the BNP lift their ban on 'non-indigenous' people joining the party, and we get lumbered with more unworkable old Labour policies, but even New Labour are starting to do that!

Posted by Steve Sainsbury at 12:34 pm No comments: 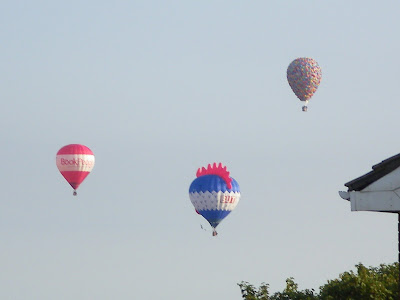 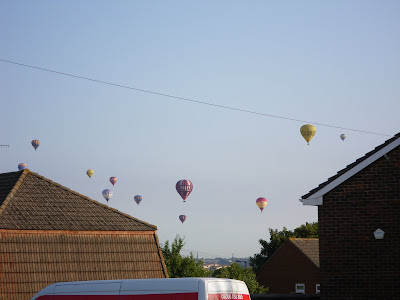 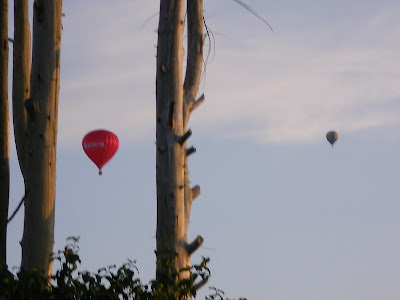 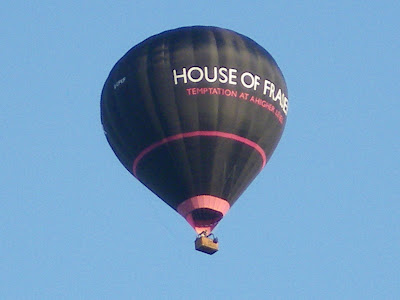 Early yesterday morning I was hauled out of bed at some unearthly hour to 'see the balloons'. It was almost worth it! Then yesterday evening at a friend's house in north Bristol we saw more balloons.

Now here's a form of transport that may survive Peak Oil. It existed well before oil was discovered so it's pretty odds on that they will survive the post-oil period. So even in fifty years time a few favoured people will get to see what the Earth looks like from the sky.

Posted by Steve Sainsbury at 12:15 pm No comments: