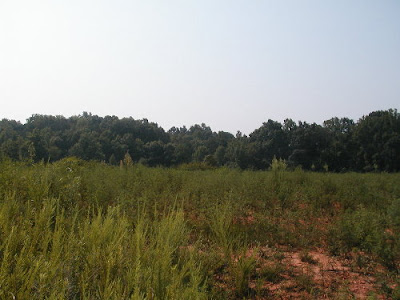 Most of the action takes place here. 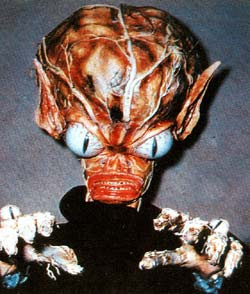 The monster is terrific - and very scary.

These parasites were even scarier.

We've just come back from Cloverfield - the current must-see fillum.

It starts at a Greek wedding party where one of the guests is thrown out into the street for being Turkish. One quick mobile phone call and a group of friends invades the party dressed as monsters! It's all very gory and great fun.

Unfortunately the army get it all wrong and begin to attack thinking the dear little monsters are REAL. Cue hilarity, disembowelling and guns. It all ends up with the Turks being cornered in a dear little field but they are saved right at the end as a group of cows - or parasites according to the army - attack the soldiers with their horns.

Eventually all the partygoers cuddle and are friends again, the dear little cows go back to be milked and all the soldiers are dead.

Posted by Steve Sainsbury at 5:33 pm No comments: 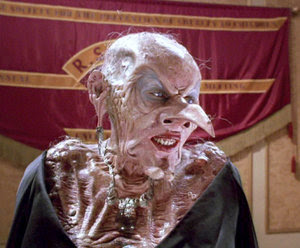 Thatcher in her 'prime'.

Norman Tebbitt's in the news again. Most of you won't remember this lefty buffoon, but he was one of Margaret Thatcher's most loyal comrades in the 1930s.

His latest slaverings suggest that all boys should be taken on shoots to watch birds being shot, as this will stop them getting in fights or playing 'video games'.

Now I agree, all boys (and girls) should be taught to shoot, but not innocent birds. They need to be able to handle guns so that in the future, when lefty losers like Tebbitt, middle class tossers, chavs and hippies come looking to grab YOUR land when they're starving, they are able to quickly shoot and kill them.

Tebbitt and Thatcher, like all socialist Peak Oil deniers, need to be buried once and for all. Their views are of no interest to real people.

Posted by Steve Sainsbury at 12:46 pm No comments: