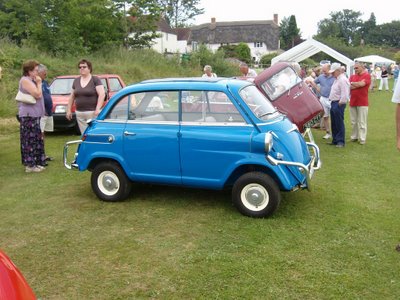 We had our annual village fayre today, attended by over a million people, most of whom arrived in this bubble car. Opened by Lord Bath, who looked lovely in orange and mauve, it included world-class attractions like a tractor pull, a cake stall and a 'Shoot-the-Brownie' dead range. 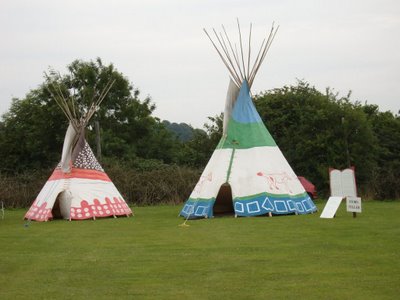 These mysterious buildings appeared overnight at the edge of the field, and vanished in an equally mysterious fashion just as the fayre ended. 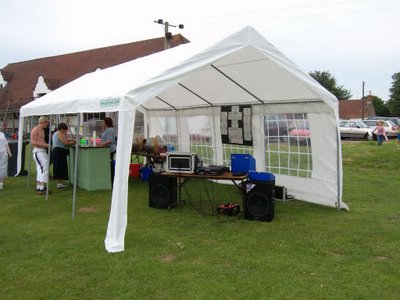 This was world-famous DJ Brassey Digger's magnificent DJ box alongside the beer tent. He played a stupendous three hour long set that took amazed fayregoers onp a temporal and geographical trip around the musical world of the last forty years, playing gems like Attwenger, BavaRio and Joy Division between crowd pleasers from the Arctic Monkeys, Kaiser Chiefs, Gnarls Barkley and the Wurzels. 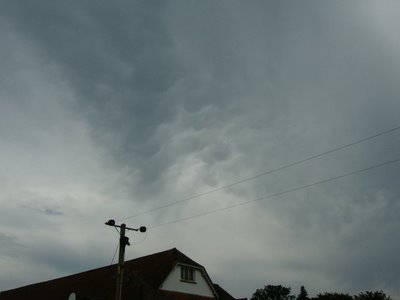 An ominous mammatus sky, often a portent of funnel clouds and tornadoes, was a load of hot air, quickly dissipating over the show ground as the sweat from over half a million dancers caused a micro-climatic disturbance that was, frankly, disturbing ....

Posted by Steve Sainsbury at 12:08 am

I can't actually see anyone dancing in that shot?